In the box you get an instruction leaflet, pair of medium and large pistol grip back straps with pin, replacement O-Ring Set, spare gas nozzle, 25rd Green gas magazine and the G17 itself. It’s also available in black and grey and black and tan.

It’s Lightweight with a polymer lower frame and alloy slide. It has a 2 stage trigger safety and a trigger lock in the lower frame in front of the trigger. The pistol grip back straps which replace the existing one with either medium and large. It’s simply held in with a single pin.

The O-Ring set is for the magazine and gas nozzle. And a red gas nozzle should you wear out or break the one that’s fitted.

The magazine slots inside the grip and make sure you insert firmly as I have had a few drop out on my just at the wrong moment.

Let’s pop a little bit of green gas into the bottom of the magazine. Trigger response is good.

First impressions on the build quality was good.  Polymer lower and alloy slider. I’ve had some issues with the other model, the G18, but I will cover those off in another video.

There is only a grip at rear of the slide.  Other makes have front and rear slide grips. The Front and rear sights are standard white tipped which are clear enough.

I got the EU17 here next to my AAP-01 which also takes Glock magazine.  The Raven mag fits and fires ok in the AAP-01.  Which is good as I have few Raven Mag. But the AAP-01 mag is just too big for the EU17.  In fact the magazines are not interchangeable with other EU series brands such as WE due to the base plate being slightly different.  Nor are all the internals compatible – for example the hammer assembly.

The hop adjustment wheel is underneath the slider.  To remove the slide,  pull the slide back and hold in place with the slide release. Then pull down the catch on both side and release the slide. It will then slide forward and off. Here you’ll gain access to the hop wheel in the centre and also the inner barrel and gas nozzle.

To reassemble, carefully line up the slide to the lower frame, slide it on whilst pulling down the centre catches again and it will slide on with ease. If it doesn’t the spring bar in the slide is probably catching.  Check that it cocks and fires with the magazine in.

Final thoughts.  Well, it’s a good cheap first-timer pistol. I would recommend spending that little extra bit of money and getting a WE or better.  Purely for compatibility of parts and magazines and overall build quality.

If I was starting out in Airsoft, would I buy the Raven EU 17 again? Probably not.

Score out of 10 is 7.  Ok first pistol but there are better EU series pistols available.

Check out the blog for more reviews and content 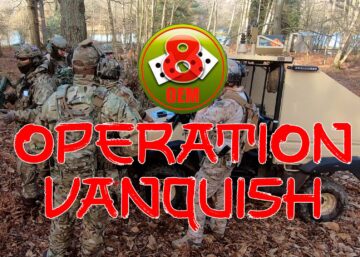 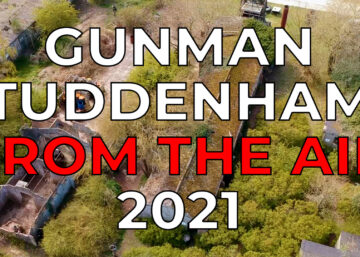